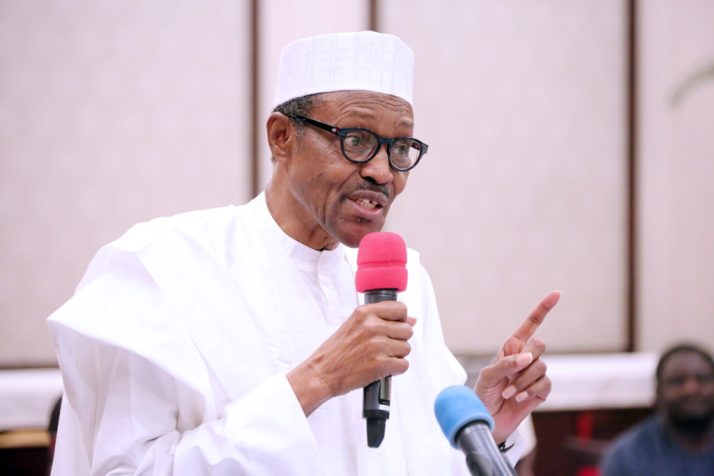 In my introductory part, I gave a background of my politics and voting record so far in Nigeria’s 3rd Republic.

Today, I want to share one the many reasons I have come to the conclusion that the 2019 Presidential elections is for President Muhammadu Buhari (PMB) to lose. I hope to share some of these reasons one after the other before I conclude this series.

First reason. President PMB is a master of red-herrings!

Now, many people (especially his many opponents and traducers) convince themselves that PMB is not a good politician! I chuckle at their naïveté! Well, they would be right if they rather say, “he is not a usual politician”!  But I find him a politician, smarter than most in this clime. I accept that his tactics may not resonate or work in a more advanced democracy, but no one can accuse Nigeria’s democracy of being that yet. Sorry, I digress.

The key to PMB’s successful deployment of this tool is that most of his opponents realise it too late; the smart ones, before it becomes too too late . What is it they realise late or before it becomes too late? The truth that PMB is indeed a consummate politician, albeit of a different genus.

For those who still do not accept this theory, listen up. It is informative, is it not,that those who realise it before it became too late become his most vocal converts. No, I am not winking in any particular direction, thank you very much! 😁. Did I hear you say of littoral states? 🙈😁🏃🏿

But seriously, let me use the initial rallying point against PMB for instance – his military background and the fear of despotism.

Since 2003 when he began to run for president, the easiest weapon deployed against his candidacy had been that give him power and PMB will become a despot.

His traducers referenced his 18 months in power as military head of state, statutes like decrees 2 and 4 and the many trips to jail by politicians of the 2nd republic and some media personnel. By way of information only, even I was also a victim in 1984 as a Student Union president! And to think that a few weeks before that I was foolishly shaking PMB’s hand on our campus when he visited! 😁. Only to go and publish “What Is Wrong With Nigeria”!

President Obasanjo used it against PMB during his Re-election in 2003 and Yar’Adua’s campaign in 2007, when PMB was the main opponent to PDP. Obasanjo’s use of this mantra is ironic given OBJ’s own military rule and his Ita Oko detention camp palava! Sorry, I digress again.

President Goodluck used it successfully in 2011 when he rode the ‘indigent boy’ sympathy wave to election in his own right, but unsuccessfully in 2015 when the ‘Despot’ got a winning coalition behind his swan song bid. And since his election, this has been the to-go mantra for those opposed to President Buhari. Despite this constant pounding, this incumbent seem on the verge of re-election when it ought to be a struggle for him! I run ahead of myself again, sorry.

But what is the reality about this ‘despot’ appellation? In almost 4 years in office, PMB has not been any more ‘despotic’ than previous leaders before him! So, why does it appear to be the ‘go to’ tactic?

Because, interestingly PMB stokes this narrative himself! Some may think he does so unwittingly (because they will tell you “he is ‘illiterate’” – siddon there, you hear😁)! I have come to realise, however, that it is deliberate – throwing this red herring that he knows cannot stop him from retaining his lock on millions of votes – any day.

This even became an issue, emerging from the just concluded 2018 Nigerian Bar Association Annual General Conference, when in his conference opening speech, PMB again threw this classic red herrings before an audience that he knows will not let it slide! I even thought I saw a smirk on his face when he said it! My imagination? Oh, ok! 😃

What exactly did he say? He had the temerity to say to a packed audience of lawyers already put off by him that in the national interest the rule of law may be suspended, plying a Supreme Court decision that can be interpreted both ways! Choi!

Predictably, most who heard him or have read the reports of this speech – educated and/or learned alike – have jumped on this band wagon, and taken this ‘song’ to town. Even our Noble laureate is now reported to have said a win for PMB in 2019 will lead to despotic rule! 🤣.

Pray, how does all these discuss  dent PMB’s political fortunes? We do not have demographics of our elections, but I wager this bet: PMB’s core (and massive) majority of besotted supporters care less about all this ‘turenchi’! Why is that even so, you may wonder, can they not think? 🤣. Let me let you in on a secret.

How does this campaign of a lurking despot resonate with the poor and downtrodden who view PMB (rightly or wrongly) as the only one who understands their pains and therefore able to salve them?

You are not likely to find PMB’s ardent (mind this word, please) supporters amongst the learned lawyers of the Nigerian Bar, or in the privileged clubs and homes in the land. No! His electoral lock comprises of those who feel left out since before independence, and guess who they blame for it?

Before you dispute this, answer me this question: HOW ELSE DO YOU THINK ESTABLISHED POLITICIANS HAD BEEN URGING, PRESSING PMB NOT TO SEEK RE-ELECTION? Because unlike many arm-chair, social media politicians, they know the score on the ground – they can hold no candle to PMB’s ‘natural’ popularity! Take that to the bank, and the only viable opposition – PDP – have themselves to blame for this. Explained in Part 3 of this series.

That my dear readers is why PMB deliberately stoke the fire with his red herrings! Throw something to the horde to chew on, that will resonate with his core constituency that PMB is for us, while his critics are against us! How you may ask? Who would be afraid of a despotic Leader other than the guilty? Getting it now? Ask the redoubtable President Obasanjo, after his last caustic letter? What has he been up to lately sef? 🤐

Welcome, my friends to one reason why PMB should be easily re-elected next year!

Another reason will be explained in Part 3.